News of Past Guests, January 2014 Edition 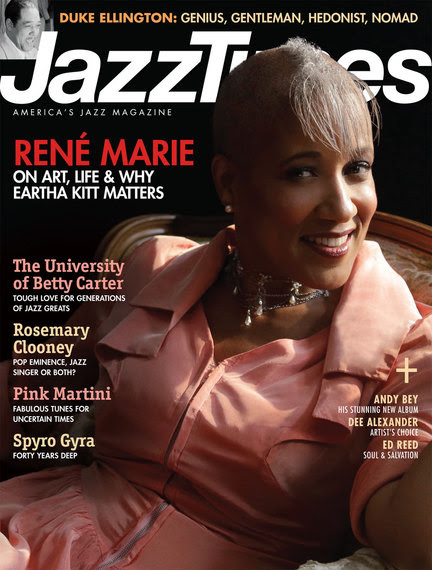 The very nature of WJF--where brilliant music is happening in six different places at once--is that unless you're multidimensional or come equipped with a Calvin and Hobbes "Duplicator," you end up passing on a whole lot of fantastic stuff.  (Hence the occasional "few minutes" qualifiers above.) Among the sets we most hated missing:  René Marie and her trio, augmented by the horns of Etienne Charles and Wycliffe Gordon, at the impossibly tiny Zinc Bar. René's December 2013 Jazz Times cover story is now available to read online.

Otherwise, January is a slow jazz-news month.  We'll keep our news-feed tuned to tonight's Grammys to see how Donny McCaslin and Fred Hersch (both nominated for "Best Instrumental Jazz Solo") fare.  [Update, January 29: darn that Wayne Shorter!] And we'll look forward to February, when drummer Matt Wilson--who we hear is planning big things for his 50th birthday this year--begins hosting Playdate on Newark's WBGO, one of the premiere jazz stations in the country. (The idea behind Playdate?  To uncork some of the hundreds of hours of vintage live performances that have been ageing in WBGO's caves.  We can't imagine a more delightful curator/sommelier than Matt.  All the programs will be archived as free podcasts, just like the excellent Checkout.) 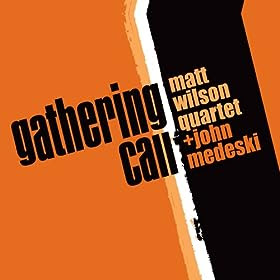 Matt's Quartet (with Jeff Lederer, Kirk Knuffke, and Chris Lightcap, with special guest John Medeski) has also just released the first must-buy album of the new year, Gathering Call.  Two words:  it swings.  Okay, four:  it swings like hell.  Samples at Amazon & iTunes, but if history is any guide, it should soon be available for purchase & streaming at the Palmetto Records website.

Also out with a new album--his first, incredibly enough, as a leader:  everybody's-go-to-drummer Rudy Royston, who's visited Humboldt County in the company of trumpeters Ron Miles and Tom Harrell, and who currently holds the drum chair in Dave Douglas's quintet.  303 (the area code for Denver, where Royston lived in his formative years) is out on Douglas's Greenleaf Music label. Rudy is also the guest on the latest Greenleaf Music podcast, "A Noise from the Deep." 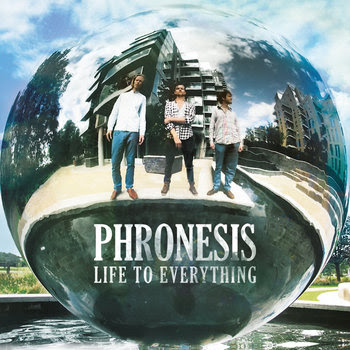 And last (for now) but not least in the "New Album" Department: Phronesis, whose new disc, Life to Everything, recorded live at last fall's London Jazz Festival (just weeks after their appearance at the Morris Graves), drops in April, but can be pre-ordered now.
Posted by humred at 11:09 AM