News of Past Guests, Summer 2014 Edition 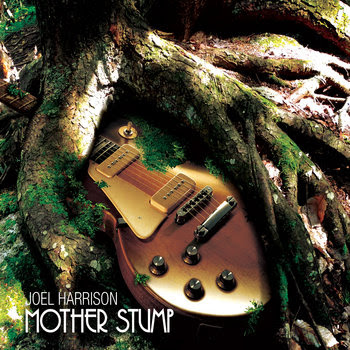 Eclectic, prolific, endlessly creative guitarist-composer Joel Harrison has a new disc, Mother Stump, with covers of tunes by Luther Vandross, Paul Motian, and Leonard Cohen, among others. You can nab the album at Cuneiform Records' Bandcamp site. And you can stream Harrison's cover of the traditional gospel blues "John the Revelator" right here:

Some people are putting David Binney's new one on Criss Cross, Anacapa, among the restless alto saxophonist's all-time best.  Brad Farberman, for instance, in a profile of Binney, "The Long Haul," in the June issue of Jazz Times.

When we saw pianist Fred Hersch in New York in January, he hinted that he might be naming his upcoming trio album on Palmetto after a certain city by the bay in Humboldt County. Looks like we have to settle for one tune. (We'll take it! See Track 6: "a regal, bracing straight-eighths piece [that] took its name from a Northern California [town] famed for its beautiful giant redwoods," as Peter Hum described it.) In the end, Fred entitled the album Floating, and it hit the streets (and the online stores) in mid-July. Jazz critic Kevin Whitehead reviewed the album on NPR's Fresh Air, Scott Simon interviewed Fred for a feature story on Weekend Edition, and you can buy the album from Palmetto Records.

Old friends & collaborators, trumpeter Dave Douglas and keyboardist Uri Caine, issued an album of duets, Present Joys, inspired by the tradition of "shape-note" singing, on July 22.  You can hear a preview at Radio France's France Musique site or at the Greenleaf Music store.

Finally: saxophonist Michael Blake stopped by WBGO's The Checkout a few weeks ago with his trio "World Time Zone" (Ben Allison, bass and Ferenc Nemeth, drums) to play music from his latest project: music inspired by sax legends Coleman Hawkins and Lester Young.  Also on The Checkout of late: Tom Harrell's chamber-jazz project "Colors of a Dream," recorded live at the 2014 Montreal Jazz Festival. Harrell also has a new album, Trip, out on HighNote, with Mark Turner, Ugonna Okegwo, and Adam Cruz.

And speaking of Turner: on September 9th, the highly regarded tenor saxophonist (and member of the trio FLY) releases his debut as a leader on ECM, Lathe of Heaven, with a quartet featuring trumpeter Avishai Cohen and two other RJA alumni, Joe Martin (bass) and Marcus Gilmore (drums).

(Kevin Whitehead reviews the album on NPR's Fresh Air with Terry Gross.) A week later, it's the latest release from Kenny Werner, Coalition, with a band that includes Lionel Loueke and Miguel Zenon (who, coincidentally, are two-thirds of the trio on Mark Turner's FLY-mate Jeff Ballard's latest album...)

And in other news...

Not all of them are people, but of the "80 Coolest Things in Jazz Today" (according to DownBeat magazine--it's their 80th anniversary, see?), Humboldt County has experienced nearly 10% of them--viz., Ambrose Akinmusire, Vijay Iyer, Dave Douglas, Han Bennink, Instant Composers Pool, Fred Hersch, and Tony Malaby--under the auspices of the RJA.  Read all about it in the July issue.

RJA guests are also well represented in this year's DownBeat Critics Poll, whose results will be published in the August issue. Rising--make that skyrocketing--star vocalist Cécile McLorin Salvant, whom we will co-host with Center Arts in September in a special pre-season show--fairly cleaned up in the poll:

Last: looking for a way to pass the time on a lazy late summer afternoon? Play "Drum Fill Friday" with Quizmaster Matt Wilson, courtesy of NPR's All Songs Considered.
Posted by humred at 1:27 PM