News of Past Guests, Holiday 2015 Edition

It's been a while, we know. We've missed lots of honors bestowed, new CDs released, and so on. But here's what's going on right now: 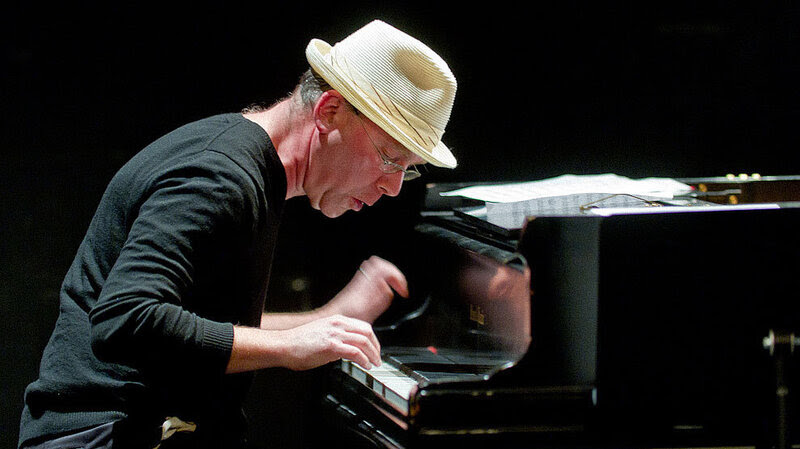 We mentioned last time that pianist and composer Wayne Horvitz turned 60 this year, and he's been getting a lot of well-deserved attention, including an appearance on NPR Music's Jazz Night in America (click that link for a half-hour video and an hourlong podcast) and a story on All Things Considered:

If, to your eternal shame, you missed Matt Wilson's Christmas Tree-O at KBR a couple of weeks ago, you can console yourself with Matt's appearance on the Straight No Chaser podcast two days later. Oh, and I suppose you could fly out to New York City and catch the Tree-O in residence at Jazz Standard, where their guest this year will be pianist/composer/bandleader/MacArthur "Genius"/Kennedy Center Artistic Director for Jazz Jason Moran.

The 2015 "Best" lists have begun appearing, and they're littered, as usual, with RJA veterans. For example: the mother of all lists, Francis Davis's authoritative Jazz Critics Poll (hosted these days by NPR Music, and representing the judgment of 147 prominent jazz writers worldwide), features Chris Lightcap and Vijay Iyer.  (Tom Hull provides a rundown of every album that got at least one vote, and links to individual critics' ballots.)

Trumpeter Dave Douglas has released a video of his quintet performing the spiritual "Deep River," shot at the studio sessions for the album Brazen Heart.  (In addition to saxophonist Jon Irabagon, the latest incarnation of Douglas's quintet features several other past guests of the RJA: Matt Mitchell on piano, Linda Oh on bass, and Rudy Royston on drums.)
Posted by humred at 1:00 PM