News of Past Guests, May 2016 Edition

Okay, sure: we'll start this post in the traditional way, with news about past guests.  For instance, over at Jazz Speaks (the weblog of New York City's venerable performance space, the Jazz Gallery), bassist Linda Oh talks about her upcoming album (and playing with Pat Metheny).

Then there's Matt Wilson (below), who has a beautiful new album, Beginnings of a Memory, with a group he's calling Big Happy Family. 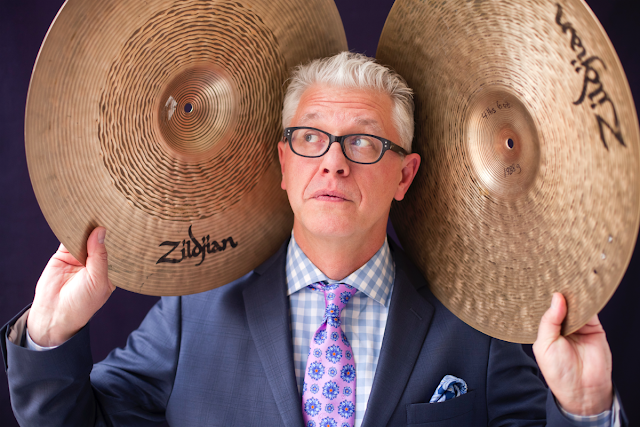 The "memory" is of Wilson's beloved wife Felicia, who died in 2014, and the "family" are a dozen members of his three working bands--Felicia's favorite players, who came together to play some of her favorite tunes. Wilson talks about the album in the June issue of DownBeat. Here's the title track:

There are other albums out, too (or coming out soon), by Rez Abbasi, with a new ensemble called "Junction":

by the Claudia Quintet:

--and by Phronesis bassist Jasper Høiby:

Plus, vocalist Rene Marie has just released a full album of her own compositions:


And if you'd like to hear Chris Lightcap's Bigmouth, Allison Miller's Boom Tic Boom, and/or the Vijay Iyer Trio again, then you might be interested in WNYC's New Sounds podcast, since they all appear on the same episode devoted to "Groove-Based Jazz":

Otherwise, though, our news this month isn't about past guests, but about old friends from closer to home. To wit:

Last month, longtime jazz fanatic and radio programmer (at KZYX in Fort Bragg) Doug Moody was named a "Jazz Hero" by the Jazz Journalists Association.  A co-owner (and Senior Vice President for Marketing) of North Coast Brewing Company, Doug has also been one of the RJA's most stalwart supporters since the very beginning of our ten-year existence.  As beneficiaries of his largesse, we're in good company: North Coast supports jazz presenters, performers, and educators all over California and all across the country, not least through its sales of its "Brother Thelonious" abbey-style ale:

These days, Doug and North Coast are presenting jazz, too, at their "Sequoia Room" in Fort Bragg. Road trip, anyone?

Finally, bassist Shao Way Wu left Arcata a couple of years ago for the bright lights of Portland, where he's been illuminating that city's own local jazz scene. He's got a new album, Canvas Sky, with his bass-piano duo "Tar Beach."  You can buy it on Bandcamp after you listen to it here:

(You can also find albums by the PDX incarnation of his Coconino Trio and tracks by his bass-guitar duo "Day In the Sun.")
Posted by humred at 8:44 PM