Michael Blake's new album, Fulfillment, a suite of compositions for large ensemble on the themes of immigration and exclusion, is out on the Canadian label Songlines. Read about the project at the label's website, where you can also download a free track. Here's another cut, "Sea Shanty"--

--which is one of three tunes from Fulfillment that are part of a Michael Blake playlist at Songlines' Soundcloud page.

The New York Times calls Melissa Aldana's brand-new release, Back Home, her "finest album" yet. It's available at the usual online vendors (and, if you ask for it, at your local record store). Read the transcript of an amazing conversation between her and Sonny Rollins at Burning Ambulance. 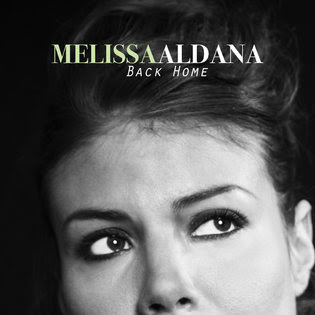 The April issue of Jazz Times focuses on bassists--and it includes profiles of Chris Lightcap (Chris Lightcap's Bigmouth, Regina Carter's Southern Comfort) and Scott Colley (Antonio Sanchez Migration), a "Before and After" listening session with Eureka's own Trevor Dunn (Nels Cline Singers), and Linda Oh picking (and discussing) some of her favorite bass duo tracks. Select content from the magazine will go online April 5.


And speaking of bassists: out March 18 from Omer Avital is Abutbul Music. (Abutbul is one of Avital's ancestral surnames.) DownBeat magazine's "Editor's Choice" review says that some of the album's tunes mix genres, "mov[ing] through various guises, switching rhythms and meters with a dancer’s precision," while "[o]thers hone in on a single genre and explore it through Avital’s distinctly groove-filtered lens."  Case in point: "Bed-Stuy," which "incorporates hushed, Mingus-flavored swing":

Preparing for his last record, Intents and Purposes (an album of acoustic covers of classic 70s fusion tunes), inspired guitarist Rez Abbasi to compose some electric "fusion" of his own. The results are on a new album, Behind the Vibration, out May 20th:

Finally: the Donny McCaslin Group is the subject of a story on the cover of the May issue of DownBeat (the same issue also contains an interview with drummer Allison Miller). 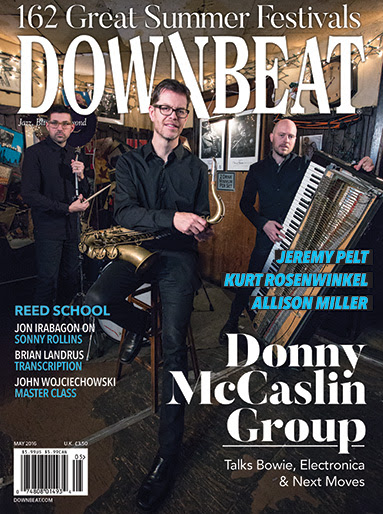 Donny and the rest of the band also talked about their experience with the late David Bowie (they're the core group on Bowie's celebrated swan song, Blackstar) on a recent episode of The New Yorker Radio Hour: