News of Past Guests, Spring 2017 Edition


Our first item this time is a sad one: (Dutch) jazz giant Misha Mengelberg, co-founder of the legendary ICP Orchestra--our second guest ever, back in April 2007--has died after a long illness. Plenty of other people have written and spoken about Mengelberg more eloquently than we could, beginning with Kevin Whitehead on NPR's Fresh Air with Terry Gross:


Continue with pianist Ethan Iverson at Do the Math, then check obituaries in the New York Times and the (London) Guardian.  And read an interview with Arcata's own Bob Doran.

In happier news: Linda May Han Oh is on the cover of April's Jazz Times, and she has a new album, Walk Against the Wind, on Fabian Almazan's new Biophilia label:

(You might also want to check out a profile of Oh, "Almost Famous, Almost Broke," that appeared last summer in the Village Voice.)

Meanwhile Dayna Stephens, whose album Gratitude is also just out, was interviewed by Burning Ambulance, drummer Dafnis Prieto spoke for the Jazz Gallery's "Jazz Speaks" feature, Cecile McLoren Salvant was the subject of a profile in The New Yorker, trumpeter Cuong Vu sat down with Straight No Chaser, Chris Potter talked to Ted Panken about his new ECM album The Dreamer Is the Dream in the June issue of DownBeat, and trombonist Ryan Keberle, who also has a new release (with his band Catharsis), was on Leo Sidran's Third Story podcast. Hear a track from Keberle's Find the Common, Shine a Light right here:

And: check out a video interview with Catharsis vocalist Camila Meza (a fine songwriter and bandleader in her own right) for the Jazz Gallery's "Jazz Speaks." 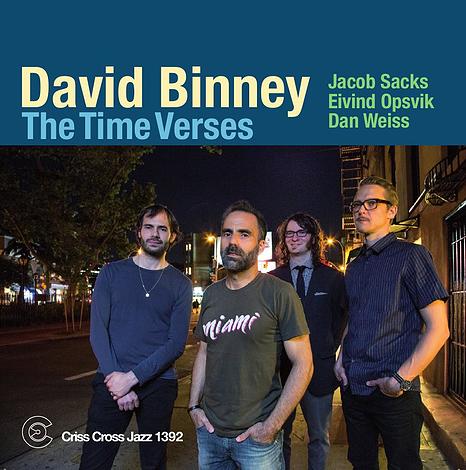